Here are some frequently asked questions that will help you better understand the ROLDA PawzUp Center: 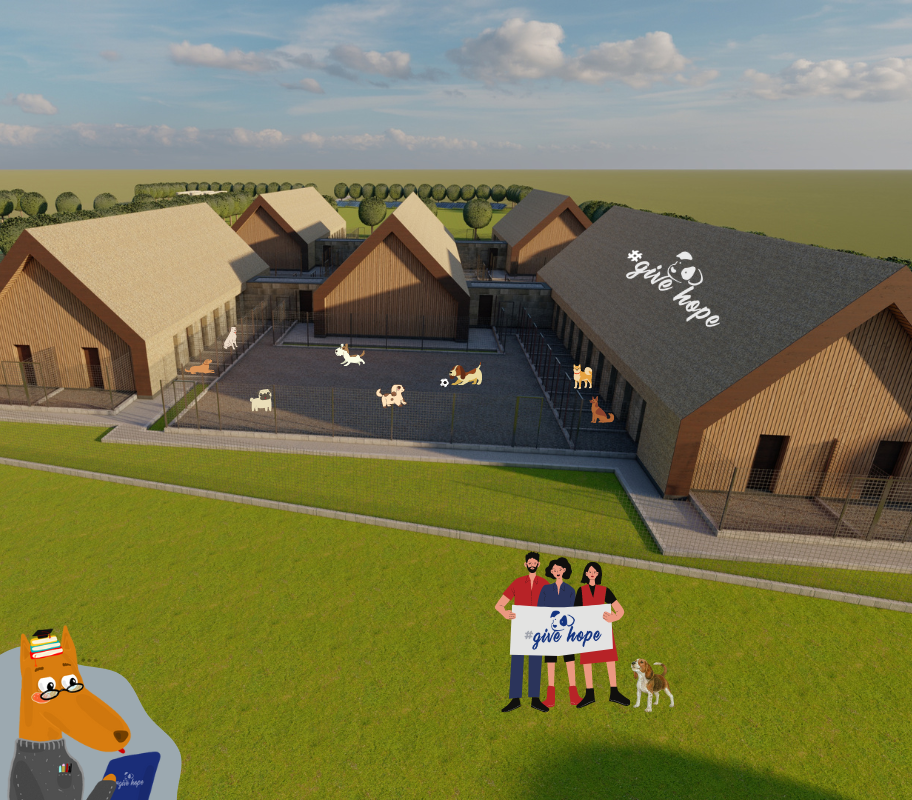 How much land is available for the PawzUp Center project?

Why would you transform the current large dogs’ shelter into thePawzUp Center?

Our large shelter is not appealing for adopters or visitors, serving the sole purpose of caring for its furry residents. The shelter is rusty, maintenance costs are huge and the whole place is a bit worse for wear due to its age and incessant use. The place is way past the point where small renovations and repairs can make a difference.

Our plan is to reduce the number of residents and improve the living conditions of the animals that are in our care. We can adhere to the same annual budget if we reorganize our space to allow the accommodation of a wider variety of animals such as cats, horses, donkeys, and small farm animals, at the cost of cutting down on the spaces designed for dogs. By having a more varied pool of animals we hope to attract the attention of visitors, volunteers, and donors.

Our large shelter is not ideal and it does not represent ROLDA’s values. It was created as an emergency solution to saving the lives of hundreds of dogs that lived on the sites of a steel plant in Galați. For better or for worse, we succeeded in that endeavor and the shelter has been a place of hope and salvation for over 9 years. But now, we want to make a step in the right direction and invest in something that can make a positive change for generations of animals to come.

How will ROLDA secure funds to cover the costs of running the PawzUp Center?

Besides donations and legacies, we will offer sponsorship opportunities for companies to fund our social programs/therapy/and social activities involving the community. We also offer the opportunity for both private individuals and companies to name boxes or entire units as an incentive to sponsor the project.

Why should I invest in the PawzUp Center?

ROLDA operates in one of the poorest regions of Romania, where a family of 4 (or more) members surviveson a budget ofapprox. 150 EUR a month. Housepets (cats, dogs), working animals (horses, donkeys), and around 200.000 street dogs are exposed to risks such as starvation, disease, death or abandonment, on a daily basis. The local small clinics can’t cope with the large numbers of animals in need and large animals face a grisly fate since there are no veterinary clinics equipped to meet their needs. We want to fill this void and take matters into our own hands for their sake!

Who will benefit from the PawzUp Center?

The Galați-Brăila area, located in the southeast of Romania,has the 2nd largest urban density after the capital city but is also one of the poorest regions of the country. However, The PawzUp Center will have the tough mission to cover a large area, similar in size to half of Switzerland, because there are no modern facilities for animals in the neighboring counties of Vaslui, Vrancea, Buzău,Bacău, and Neamț.So basically, the whole south-eastern region of Romania plus a bit of the north will count on our center to step in and do something about the population of abandoned animals.